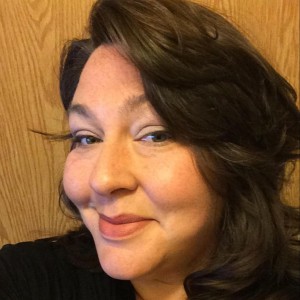 For almost 60 years our Mary Maxim retail store, which is attached to our U.S. offices in Port Huron, Michigan, has been known for our iconic pink bags; if you saw people with these bags you KNEW where they had been shopping. When we had a new store opening in London, Ontario we began thinking of a unique statement piece that we could feature that would pay homage to our rich history. Luckily, we had to look no further than our own backyard to find the person to make this happen. Matthew Richmond, also from Port Huron, creates couture dresses and gowns out of unusual mediums, such as paper and plastic, which can be seen all over South Eastern Michigan. Matt refers to his works as The Paper Dress Code. We knew we had to have a dress made out of our bags, and Matthew got to work creating a one of a kind piece for us. Once our Vice-President Brian Harris saw the finished piece, he knew we had to launch the dress in our Port Huron, Michigan store first, considering the history here, as well as Port Huron being Matthew’s hometown. Customers fell in love with the dress, and we were featured with Matthew in the local newspaper.

We had an opportunity to speak with Matthew about his experience with us and his ventures since starting The Paper Dress Code.

MMB: Can you tell us a little bit about the Paper Dress Code? How did it start?

When I first moved away from Port Huron to my first apartment in Ann Arbor, I took items from my parent’s house that I used to decorate and one of those items was a bust form. It really just sat in the corner of my apartment for about a year until one day when I was bored I thought I could make a dress on it. Also, I’ve never had a class, any training or any kind of education on how to design or construct a dress. But, for some reason, I thought I could just do it so I grabbed some wrapping paper and tissue paper and I started draping the bust form and created my first dress.

MMB: You designed a dress using our retail store’s iconic pink bags, how do you feel about it? What thoughts were going through your head as you designed it?

MR: I feel great about it! The iconic pink bags are a classic staple at Mary Maxim. And I thought that the dress should be classic so I went with kind of a throwback to the 1950’s feel.

MMB: Did your mother/grandmother/aunts/sisters frequent our store when you were growing up?

MR: Yes to all of the above, including friends. I also remember growing up with the iconic pink bags. I remember my mom would reuse them and use them for storage.

MMB: What does Mary Maxim mean to you?

MR: It means a great place to find what you need for knitting, crafting, sewing and creating art.

MMB: Besides designing couture paper dresses, what other crafts do you do?

MR: As of late, I don’t have much spare time besides designing and creating the dresses.

MMB: If you could have a crafting ability that you currently do not, what would it be?

MR: Knitting and sewing! I construct with tape and glue and my next venture is to sew!

MMB: What are your hopes and dreams for Paper Dress Code?

MR:Well, I hope to create full time and to be successful doing that. I have busier times of the year and I am a one man show, so it’s a lot of work to do it all.–

MMB: Who have you met and who have you dressed since launching ‘PDC’?

MR: Since launching PDC I’ve had some wonderful opportunities and meeting interesting people along the way… I have been fortunate to work with Cindy Crawford, Nigel Barker and recently Jennifer Hudson. I’ve dressed several of the Miss Michigan pageant winners, NBC Local 4 news reporters and some current up and coming runway models, including Abby Bass, who has been walking the runway in NYC, Paris, London and Milan’s fashion week for Burberry, Roberto Cavalli, and many other top designers.

MMB: When I see your dresses, I think of all this other material that I would love to see transformed into gowns. What are some of the material you have used and what materials do you hope to use?

MR: I’ve not only used paper and plastic but also VHS tape, plants, flowers, trees, burlap, bubble wrap, coffee filters, leather car interior and more that I can’t recall at the moment. I do look for new unique materials to work with and Mylar is one of them. I’d love to work with different colors of Mylar and see what I can create.

MR: Surprisingly, Duct Tape. I know that the company has a nationwide contest to create prom dresses from their tape. And many years ago I was commissioned to create a prom dress for someone, not the contest. And it was a big challenge for me just because the adhesive is so sticky that once it sticks to something it really doesn’t move.

MMB:You grew up in a small area, and are now living in a big metropolitain area. What other places would you like to live in?

MR: Not to sound cliché but I ❤️ NY! I try to visit as often as I can but also understand it’s a pricey place to reside in. I will live there at some point. Even if it’s for a just a year.

MMB:Would you like to take the ‘Paper Dress Code’ world wide?

MR: Yes of course! I do have my dresses shipped across the country now. Chicago, Las Vegas, Arkansas, and San Francisco are a few of the places.

Also, Mary Maxim has helped make me an international designer by taking me to London Ont.

I generally create garments only. However, I have done some men’s wear and accessories.

MMB:Do you think that you would ever design clothes with cloth?

MMB:Design wise, who has been your inspiration?

MR: I really love the designers of the past. Edith Head who created the most beautiful gowns that every top Hollywood actress like Elizabeth Taylor to Jane Fonda would wear. She was a household name in the 1940’s. I’m a sucker for mid-century Modern and old Hollywood Glamour.

MMB:If you were to pick 3 designers to work with who would they be?

What I think would be unique is to bring paper fashion back into mass production. It was mass produced in 1967 and a huge fad for a couple years. Companies like Hallmark and Scott Paper started this fad only on accident! It was the era of disposable paper towels and paper plates creating a new thing of disposable goods and clothing became part of it. Only to last a couple years.

Maybe The Paper Dress Code will bring back paper fashion to the masses!!?

To see more of Matt’s amazing designs, check out his website www.thepaperdresscode.com

If you would like to see and hear more from Matthew Richmond, you can watch his TEDx talk here:

We create all of our content to bring value to you! This includes Exclusive Products, Free Patterns, Tutorials and much more!

By signing up you agree to our terms and conditions